Dream Thoroughbreds was developed by a group of high school mates that grew up enjoying the thrill and excitement of horse racing.

They joined together to develop a syndicate of friends to own and race horses together. Win or lose they have enjoyed many fun filled days at the racetrack.

Their syndicate horses have progressed from country to city racetracks, where they again enjoyed and celebrated victories with family and friends.

Their Dream was to extend the fun and enjoyment to include a wider network of friends and race better quality horses with quality trainers for a low and manageable cost.

During the Spring of 2010 Dream Thoroughbreds was established as an incorporated entity, and developed a strategic partnership with the Freedman Brothers stable to select, buy and race thoroughbreds.

To become Australia’s best syndicators at providing a fun, exciting and unique horse racing ownership experience that can be enjoyed with family and friends as we all ‘Live the Dream’ together. 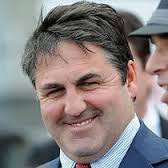 Anthony is the third eldest of racing’s famous Freedman brothers. He has been in integral part of the vast Freedman Racing operation since the mid-1980 Late in 1992, Anthony pioneered the Freedman brothers’ first foray interstate, when he opened a stable at Randwick. In that first year in Sydney, Anthony (under Lee’s licence) prepared Bint Marscay to win the 1993 Group 1 Golden Slipper Stakes. Anthony, who has a keen eye for a yearling, selected and bought Naturalism as a yearling for only $35,000 and Mummify for $60,000.

Anthony has added 7 more Group 1 wins with Our Ivanhoe winning the 2017 Ranvet Stakes at Rosehill, the 2017 Myer Classic, 2018 Surround Stakes & 2018 Robert Sangster Stakes with Shoals, and he trained the quinella in the 2017 Rupert Clarke Stakes with Santa Ana Lane beating Mr Sneaky, and he recently won the 2018 Goodwood Handicap and 2018 Stadbroke Handicap with Santa Ana Lane. Anthony has a training base at Pinecliff in Mt Eliza. This training facility offers horses quieter surroundings, the opportunity to utilise day yards, stabling at night for protection and security, including grass and synthetic tracks for gallops.

The main training base is located at Flemington, where most horses are prepared for raceday.
With both environments, all horses are able to achieve their potential. Anthony’s achievements see him with 2 favoured runners in the 2018 Everest run on 13 October 2018.

Anthony Freedman Racing is professional, and they get results! 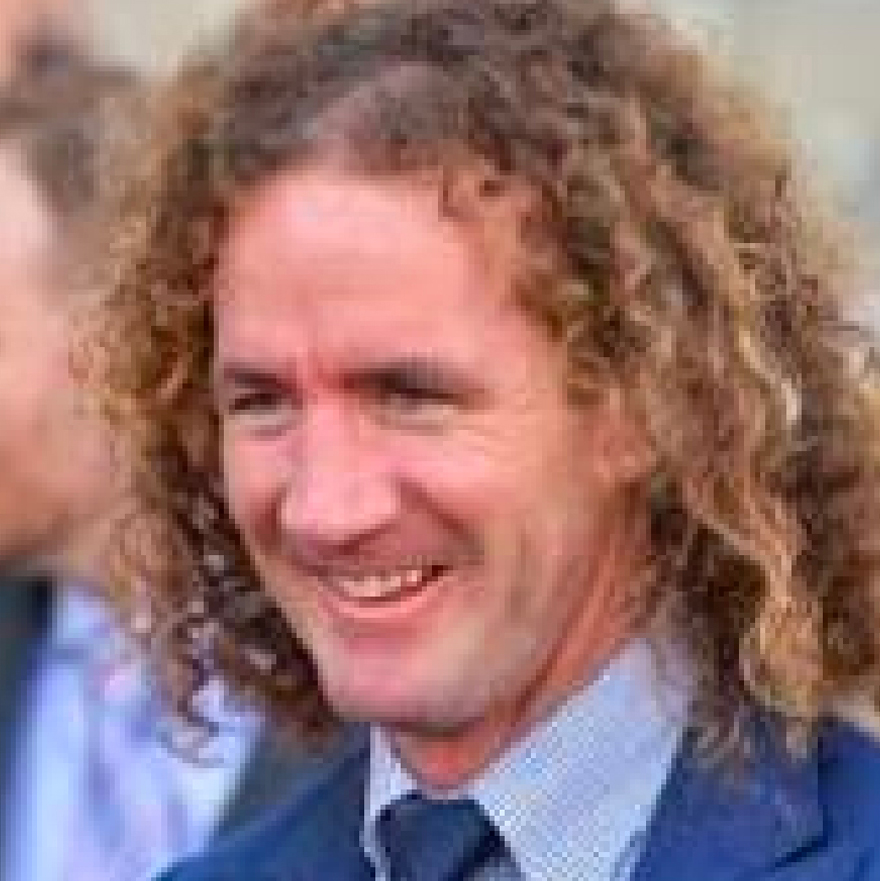 Ciaron Maher first got involved in the racing industry as a teenager when he worked with a trainer after school each day. From there he started his jockey apprenticeship with Peter Hayes. He worked two years in Adelaide and two years in Melbourne. After finishing his apprenticeship, he worked for several trainers in Flemington. He travelled and worked in Ireland and England for a year. He returned to Australia before going to work for the United Arab Emirates in Dubai for six months. Ciaron returned to Warrnambool to set himself up as a trainer. By working with such a diverse range of trainers throughout the world, Ciaron had the grounding to establish himself in his own career path in training and he received his trainers license in 2005.

Ciaron is a passionate and involved trainer, with a keen eye for all his horses, a real horseman. Ciaron successes have included the Group 1 win by Tears I Cry at the VRC Emirates Stakes at Flemington in 2007, less than three years after becoming a trainer, and more recently he trained Skrikandi to win the 2015 Group 1 Stradbroke Handicap & Tatts Tiara, Set Square to win the 2014 VRC Oaks and Jameka to win the 2015 VRC Oaks, His recent Group 1 wins have been with Jameka winning the 2016 Caulfield Cup & 2017 BMW. The Ciaron Maher & David Eustace training partnership began on 1 August 2018 with outstanding results. Numerous winners and a determination to win the big Group 1s, have pushed them to the top and they now have the favourite for the 2019 Golden Slipper with Dubious the winner of the 2018 Breeders Stakes. The Maher & Eustace training partnership will become a force to be reckoned with!

The pair spent 10 years together in Singapore, before they decided to return to New Zealand in 2007, where they took out their trainers licences and purchased a property opposite the Cambridge Jockey Club training centre. But it was a horse named Sangster that really kicked off their career.
Busuttin and Young prepared him up for a ready to run sale before buying him for $19,000. Eighteen months later, the son of Savabeel would claim the 2011 VRC Derby, this was the good horse they needed to kick them off. It was then that the trainers, now in their 30s, decided a move to Melbourne made sense. So midway through 2016 – shortly after Tavago claimed the 2016 Australian Derby in devastating fashion – setting up base at Cranbourne with a plane load of 12 horses that will eventually grow to 70 in work and 25 in pre-training.
While they have developed a profound reputation training rising stayers and potential Cups and derby horses – with recent examples being stakes winner Main Stage and dual Group 1-placegetter Sully – Busuttin is eager to shake that tag. We want to get out there and get some nice fillies and two-year-olds and we have been buying up at the Magic Millions and other sales, trying to find that sort of horse.
The Dream team identified their skill at preparing stayers a few years ago, and have now partnered with them giving them NZ bred yearlings to aim at the staying races in 2018 & 2019. Hopefully we will have our first Derby and Oaks runners very soon, with this exciting combination! 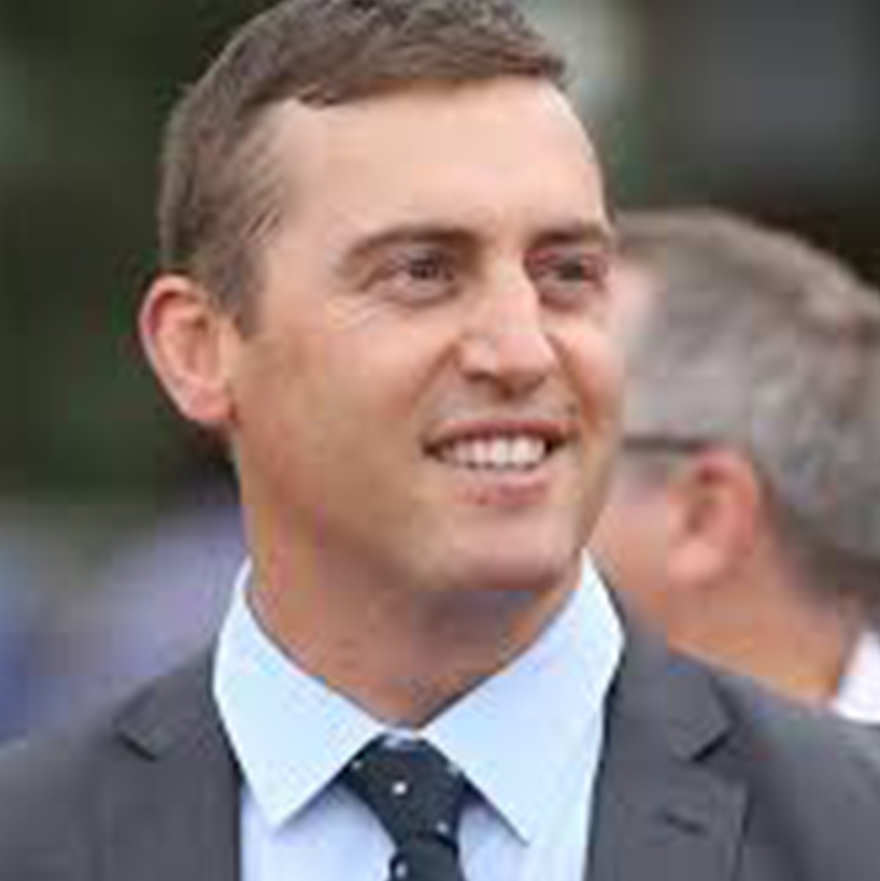 TONY GOLLAN, THE KING OF QLD!

Tony as a teenager had close ties to the stable run by his father Darryl and he was a keen follower of form often attending Clifford Park races.
Despite some words of warning from his dad Tony took out a trainer’s licence when he was 20. He had a team of four horses and the confidence of youth.
His first winner was Carbon Shadow at Clifford Park. He secured his first metropolitan winner with Nova Serrure. At that time Tony, aged 22, let his natural ambitious instincts rule his head. He set up a stable in Brisbane. He enjoyed some early success and soon had a stable of 14 horses but it was shortlived.
Tony headed back to Toowoomba and renewed his close ties to Darryl. He spent the next year soaking up knowledge from Darryl and legendary trainer Jim Atkins. It was an invaluable learning curve.
Tony revived his own training business in 2003. A stroke of good fortune gave his return some early momentum. Eureka Stud father-son combination Colin and Scott McAlpine gave him a Special Dane filly which they named Temple Spirit. The filly was a great success on the track, winning eight races. Temple Spirit became the Dam of Spirit Of Boom and Temple Of Boom, who gave him tremendous success. Spirit of Boom took him to Group 1 success in the 2014 William Reid Stakes & 2014 Doomben 10,000.
Tony Gollan continues to exceed in Brisbane at his base in Eagle Farm He continually notches up winners, and has won the last 4 Metropolitan Trainers Premierships by big margins.
His base at Eagle Farm is state of the art, and with the much anticipated re-opening of Eagle Farm racetrack, Tony has all the facilities to match it with his eastern counterparts.
Tony is the Dream trainer you need to build our Queensland partnership!